Can Malls Close the Traffic Gap This Holiday Season?

Freestanding stores and those in strip centers are recovering from the pandemic far faster than malls. Can malls catch up and capitalize on the holiday season ahead?

Traditional shopping malls find themselves in a delicate situation this holiday season. While recovery from the initial pandemic fallout is underway, they are lagging behind other retail counterparts — like freestanding stores or strip centers — and this peak busy season represents an opportunity to make up ground. To do so, they can leverage strategies that assuage consumer pandemic concerns and prioritize convenience.

But first, to understand why malls in particular are in this predicament and how they can get out of it, it’s imperative to understand where they’ve been. Few things captured the essence of life in America from the 1960s through the 1990s like the shopping mall. They were hubs of commerce and socialization — places where people not only shopped, but chatted, met new people, and even exercised. And while some undoubtedly still are considered as such, the luster of the shopping mall has been on the wane for the past two decades.

On the other hand, lifestyle centers — destinations that deliver pedestrian-friendly, upscale experiences — and power centers never quite captured the imagination like shopping malls. But these stores, along with conventional strip centers, did capture something during the pandemic: a faster return of foot traffic than traditional malls.

But as we face the 2021 holiday season, with new COVID-19 cases down and vaccination rates rising, will shoppers return to malls once again? Or will strip centers, freestanding stores, and other open-air centers deal yet another blow to the shopping mall? What can malls do to make up ground?

Will holiday 2021 power malls back from the pandemic?

Just how bad for malls was the pandemic, exactly?

“That first week of March 2020 hit every retailer hard, but no one got hit as hard as traditional malls,” said Brian Field, senior director, global retail consulting practice at Sensormatic Solutions. “Very little ‘essential retail’ — groceries, pharmacies, and the like — was located in malls. Those were located in freestanding stores or strip centers, and the malls just got crushed.”

Field noted that by Labor Day of 2020, retailers across the board were beginning to recover, but that initial recovery was much slower for retailers in malls than those located elsewhere. In fact, our 2020 Holiday Shopping Report found that, just a few months after Labor Day 2020, shoppers who planned to shop in stores during the holiday season largely preferred freestanding stores or strip centers. Seventy-two percent said they planned to shop in freestanding stores or strip centers, while just 49% said the same of enclosed malls.

“Even though freestanding stores and stores in strip centers are themselves enclosed, there was a perception among many consumers that these stores were ‘safer’ than enclosed malls,” Field said. “Whether that’s right or wrong, that was the general concern among shoppers, and that’s largely why malls suffered last holiday season.”

However, some months later, Field noted that the perception had shifted among consumers, with many deciding malls were a safe option once again.

“The gap between the recovery of freestanding stores and those in malls has narrowed to the point of being indistinguishable,” he said. “What remains to be seen is whether that trend continues through the holidays.”

A study by the Morning Consult shows that the number of consumers that feel comfortable shopping in malls is once again rising steadily after a midsummer dip — although they’re still 8% behind department stores and 6% behind local stores and boutiques.

Unfortunately for retailers in malls, our latest consumer survey isn’t quite as optimistic about the holiday season ahead. Among those planning to shop in stores this holiday season, 71% said they plan to shop in freestanding stores or those in strip centers, and 59% said they would shop in open-air stores. Just 55% plan to shop at enclosed malls. While that gulf has narrowed somewhat since 2020, it’s still not great news for retailers in shopping malls.

However, Field offered some insight that may give mall owners and their tenants a reason to have a hopeful outlook.

“If we think about last year at this time, pre-holiday foot traffic was trending somewhere around -30% versus pre-pandemic levels. As we headed into the holiday season, it dropped even further, into the -40s,” Field said. “Why? Because people were afraid of shopping in crowded, enclosed areas. As we head into the holidays this year, traffic is only down by about -15%, which I think bodes very well as we move forward.”

He added that we obviously won’t know for sure what mall traffic will look like until the holiday season is fully here, but he believes there’s room for cautious optimism.

“Even though freestanding stores and stores in strip centers are themselves enclosed, there was a concern among many consumers that these stores were ‘safer’ than enclosed malls.”

Malls versus other retail centers

Even if the improving foot-traffic trend continues for malls, they still have ground to gain if they want to compete with other store types this holiday season. However, there are steps they can take to capture more traffic as we head into the new year and beyond.

The first, according to Field, is to partner with tenants to optimize for omnichannel shoppers, something at which strip centers and freestanding stores are already excelling at. After all, the pandemic dramatically accelerated the adoption of BOPIS (buy online, pick up in store) and BOPAC (buy online, pick up at curbside) by consumers, and our recent survey found that more than a third of consumers plan to use BOPIS or BOPAC this holiday season (42% and 44%, respectively).

Mall-based stores may have BOPIS covered already, but malls can also consider working with retailers to carve out parking-lot space for BOPAC orders. Considering that many shoppers will have to contend with long lines and stockouts due to labor shortages and shipping issues according to CNBC, offering maximum convenience may prove attractive to time-starved shoppers or those who have grown accustomed to omnichannel convenience during the pandemic.

The other key component of a successful holiday season, he said, is about creating an ultra-safe shopping experience — and ensuring shoppers know about it.

“Stores in malls and the malls themselves should consider taking steps to understand their traffic and occupancy levels, and then use that to their advantage,” Field said. “If a mall can communicate, ‘If you’re worried about other shoppers, our data shows that Tuesday’s a great night to do your shopping,’ they’re going to win back some consumers. That goes for every type of store, of course, but it’s doubly important for malls.”

Field also noted that malls should weave health and safety messaging into their BOPIS and BOPAC communications. Our survey found that health and safety (64%) fell just behind convenience (65%) in terms of what drives shoppers to use BOPIS/BOPAC, so messaging around what stores are doing to ensure safe, minimal-contact fulfillment is sure to help malls earn shoppers’ trust this holiday season.

“The gap between the recovery of freestanding stores and those in malls has now narrowed to the point of being indistinguishable. What remains to be seen is whether that trend continues through the holidays.”

As we can see, malls have work to do to keep pace with strip centers, open air centers, and freestanding stores in our current time of retail pandemic recovery — and there’s no denying they were held back at the start. To close that gap moving forward, malls will have to consider focusing on health and safety and seamless omnichannel fulfillment this holiday season. Each of these can help malls and their stores earn customers’ trust and put their minds at ease as the pandemic lingers. Perhaps best of all, there’s still time to pull each of these off in advance of peak shopping. 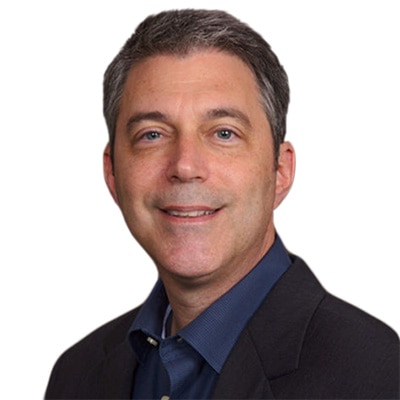